To establish an energy system that is affordable, reliable, and renewable, the energy industry is evolving and innovating at a rapid rate. But which technological advances are paradigm-shifters for the industry in the foreseeable future?

According to Frank Tudor, the industry must leverage a combination of existing and new technologies to achieve a significant impact on the energy market in both the short and long term. "These changes will need to be enabled by a strong policy environment which encourages the right investments so we can firmly tackle the energy trilemma of reliability, affordability, and sustainability."

With a balanced and thoughtful approach to innovation, companies might just be able to address all three elements of the trilemma.

What technologies will have the biggest impact on the industry? 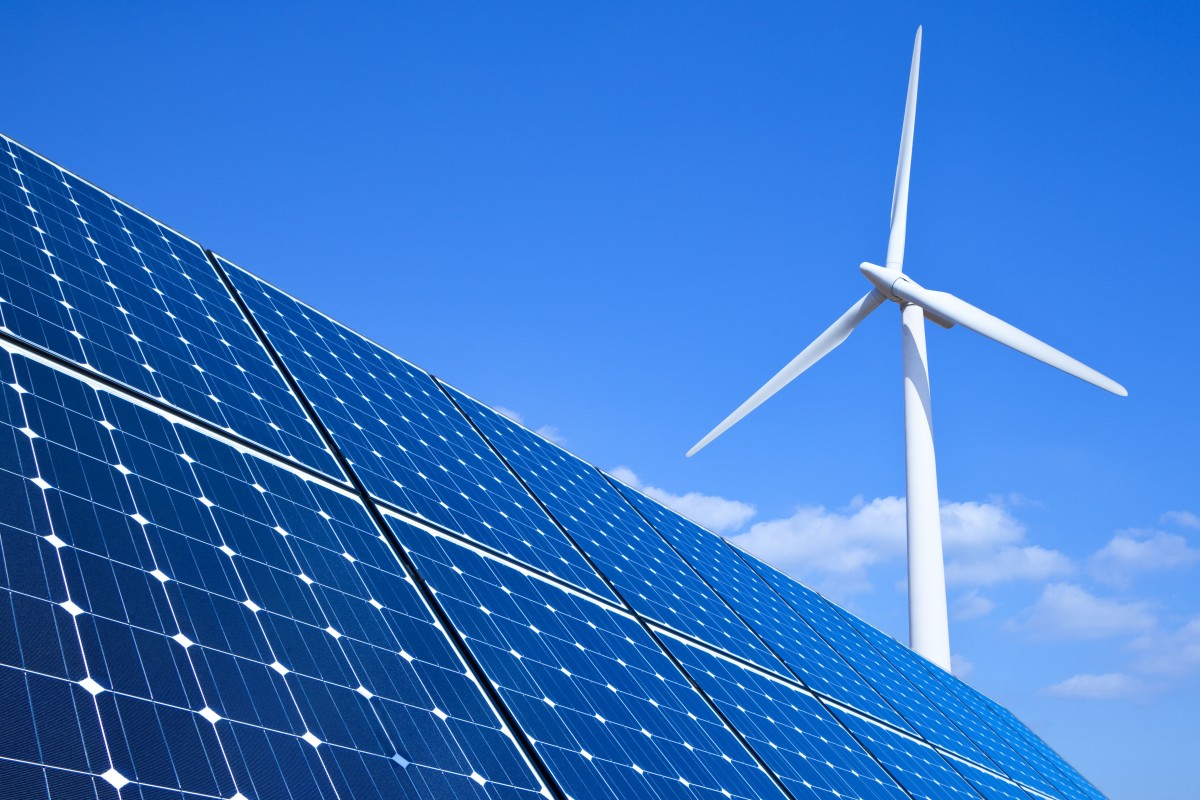 Rod Duke and Richard Van Breda both flagged the major impact renewables will have in the coming years. "At the current rates, we're predicting there could be up to 6GW of renewable generation connected to our networks in Queensland by 2025," Duke explains. "So distribution networks have an important role to play in supporting grid stability."

"By 2035, we expect the market to be dominated by renewable energy and storage, with a much-diminished role for coal-fired generation," says Van Breda. "This energy mix will include significant investment in variable renewable energy to meet future energy needs, with battery energy storage systems and pumped hydro to provide intra-day and seasonal energy shifting."

"In homes, distributed energy resources will bring more efficiencies and lower costs for all consumers - if we get the frameworks right," says Kerry Schott.

Technological developments will eventually provide the consumer with full control and autonomy over their energy supply, usage, and cost. "We are developing some pilot projects with a technology company which look at aggregated demand management and how we can deliver the twin goals of a stronger grid while allowing consumers to optimise demand and participate in the energy market," says Eva Hanly.

As Australia's largest energy retailer, with 4.2 million customers, AGL is especially interested in how innovations can support households and businesses through Australia's energy transition. "The rise of smart technologies in the home is transforming how customers can manage their energy usage and costs," says Christine Corbett.

There is much excitement surrounding hydrogen's potential as a means to both store and transport energy. "In the long term the technology with the most impact may be hydrogen," says Schott.

Van Breda agrees. "The development of a large-scale green hydrogen industry will significantly impact the industry over the coming years, substantially boosting demand for renewable energy - potentially by many thousands of megawatts."

Van Breda is particularly excited about Stanwell's participation in the development of a large-scale green hydrogen industry in Central Queensland. "Not only will the hydrogen industry create jobs and economic prosperity for Queensland, but it will also help alleviate network constraints in the region, support the development of renewable energy and provide a substantial Just Transition vehicle for our regional workforce."

James Harman also believes that hydrogen is the endgame. "We've got two off-grid hydrogen pilots in WA where we are testing the feasibility of it." It won't, however, be economic for some time - "renewable natural gas is closer to being economic," he says. 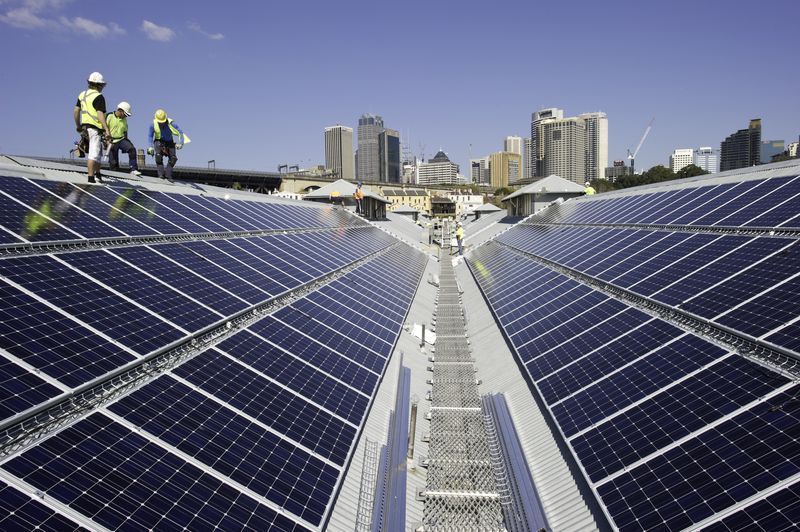 Anna Collyer notes that household solar is already having a profound impact on the energy sector with many households being enthusiastic in their uptake of solar panels. "We are working on readying the system for a future with an increased reliance on distributed energy, which in turn will allow for more consumers to connect up to these technologies and other innovations."

What energy developments have caught your imagination?

"The story of the energy industry has always been one of change, and today is no different," says Tudor. He has observed some great developments which foster collaboration between businesses to better meet customer needs. "This has been driven in a large part by the Energy Charter which is a CEO-led collaboration between over 15 energy businesses."

Collyer has also observed the many talented people in and around the energy sector from various disciplines who are committed to finding innovative solutions to ongoing challenges. "Industry participants, large and small, are experimenting and investing in new ideas and technology all the time. That experimentation is what leads to big transitions."

Hanly agrees. "I see significant impact from the fantastic start-up companies which are applying new technologies to the energy sector," she says. "One of the start-ups we have partnered with uses drone technology for line stringing. This has remarkable benefits for the costs of building and maintaining high voltage transmission lines as well as safety benefits as we don't need to have people working at heights in this critically dangerous activity."

"The use of battery technology for synthetic inertia is a really exciting development," says Hanly. TransGrid has embarked on a world-leading battery project with Tesla to demonstrate that the use of this technology is 70% cheaper than synchronous condensers.

"When you consider the critically important role synthetic inertia has in system reliability with the removal of coal-fired generation, this technology can enable the system to cope with an accelerated transition to renewables." AGL is developing 850MW of grid-scale batteries across the NEM - a critical step in modernising Australia's energy supply. "It is through low emission technologies like batteries that we can provide reliable electricity for customers," says Corbett. "As we progress from thermal generation to renewables, batteries will help to ensure Australia's transition is seamless."

Schott is excited by the possibilities distributed energy resources offer, with the potential to transform the way we use power at home - including moving from analogue to digital TV. There is "a whole new world of agile and innovative retailers and aggregators offering plans and products that will completely change our lives- making it easier, cheaper and greener."

Harman is most excited at the prospect of off-grid hybrid renewables. "I think it's fantastic that we started with Coober Pedy (where we used to run a diesel-fired power station in SA) and we converted that through solar and wind to 70% renewables, displacing millions of litres of diesel that no longer need to be transported to Coober Pedy." The technology costs are reducing and the learnings around integration have significantly improved. Ultimately, off grid hybrid renewables serve as a useful testing bed for what can be done across the rest of the grid.

Perhaps the final word should go to Paul Broad, who says that visiting Snowy Hydro's own projects remind him that Australians are world leaders. "The original Snowy Scheme is remembered not only for its engineering excellence but also for the role it played in our post war history - creation of jobs, multiculturalism and much much more."

Hopefully the energy sector will be able to translate this spirit of progress and innovation as the energy system evolves.

You can hear more from and meet with these incredible leaders at Australian Energy Week, from 24 - 27 May in Melbourne.

* Please note Richard Van Breda is no longer speaking at the conference.

Quest Events recognises the First Peoples of this nation and their ongoing connection to culture and country. We acknowledge First Nations Peoples as the Traditional Owners, Custodians and Lore Keepers of the world's oldest living culture and pay respects to their Elders past, present and emerging.
Quest Events Pty Ltd 2022. All rights reserved.